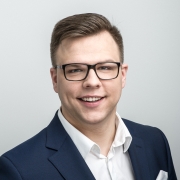 Clever people have always understood the power of the word. In the end, we make all of our decisions, important and less important, based on information which persuades us and which we believe in.
How can we know what to believe and what not to believe? How do we objectively distinguish the valuable from the less valuable? How do we recognize lies and manipulation? How do we keep a clear head, think and make our own decisions without being influenced by another?
Critical thinking is important for anyone who wants to proactively accept responsibility for their lives and decisions, but especially for leaders whose decisions have an effect on another person, organization, company or the life of the community as a whole.
The “Critical thinking and argumentation” course will examine various aspects of critical thinking from an argumentation viewpoint. During the course, there will be discussion on how to (1) use argument models, (2) evaluate examples and evidence, (3) recognize errors in logic and (4) criticize arguments.

Aim: To provide practical knowledge about the basic principles of critical thinking in argumentation.

Benefits - Skills which allow one to:

Work format: Short lectures, practical exercises with elements of the public presentation, evaluation of opinion pieces and examples of argumentation, discussions and debates.

Target audience: Anyone who wishes to develop critical thinking and the skill of argumentation.

1. Quality of argumentation. High-quality arguments consist of at least three parts – assertions, clear evidence, and proof. However, arguments are often replaced with unsubstantiated assertions, illogical or incomplete substantiation, as well as examples which do not conform with the argument and do not prove its essence. This part of the course will review the modelling of logical, substantiated and structured arguments, as well as teaching the skills which are required to avoid poor argumentation.

2. Effective and credible evidence. The foundation stone of high-quality argumentation is always empirical evidence and examples which connect the argumentation with events in the world. The most diverse forms of evidence are used to substantiate arguments – personal examples, statistics, surveys, expert opinions, models, as well as illustrations. However, not all forms of evidence are of equal quality. This section will develop the ability to recognize and evaluate evidence that has been used.

For company training, the programme can be adapted for the specifics and needs of the company.

Register for the newsletter and get the latest information!